A Garda directs traffic through a busy Dublin city centre.

A Garda on point duty controls the flow of traffic at O'Connell Bridge as it travels through the streets of Dublin. The traffic makes its way along D'Olier Street, Westmoreland Street, O'Connell Street and the Liffey quays. 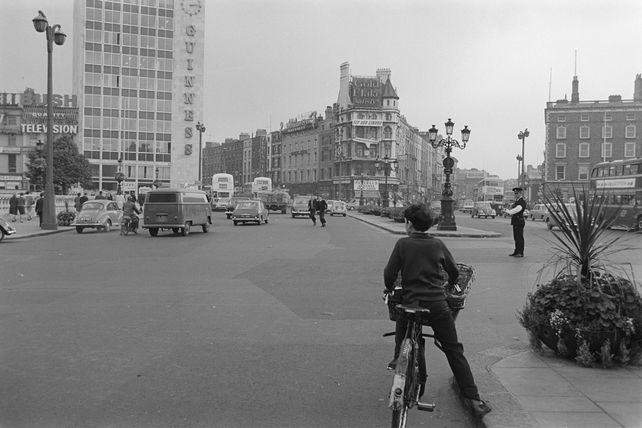 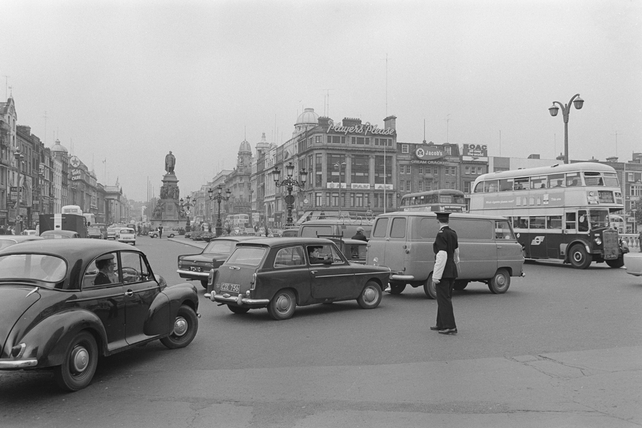