The first traffic wardens in Dublin take to the streets to enforce the city's parking regulations.

The first 20 traffic wardens, all ex-gardaí were briefed on their duties at the Garda Headquarters in Phoenix Park before taking up duty in Dublin city centre.

Over a short period of time, the wardens will increase in number to 180, and a scheme for training civilians is under way. An auxiliary arm of An Garda Síochána, the wardens operate from Store Street and Pearse Street garda stations, thereby releasing gardaí from the task of putting tickets on illegally parked cars.

An RTÉ News report broadcast on 8 October 1968. The footage shown here is mute. 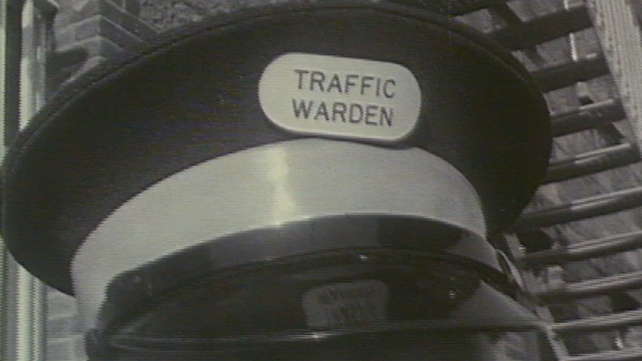