The remains of Nelson Pillar as seen from the roof of the General Post Office on Dublin's O'Connell Street.

The photograph was taken in the days following the explosion that destroyed the top half of the monument in the early hours of 8 March 1966. RTÉ photographer Roy Bedell took this image from the roof of the GPO. The John Smyth-designed statue of the female figure Fidelity which sits on the roof of the GPO can be seen in the foreground. 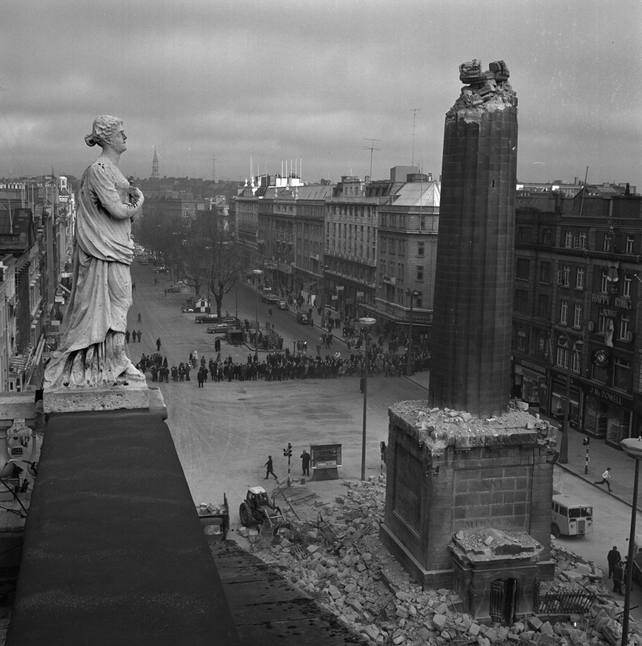 The remainder of the monument was blown up by Army engineers two days later. Nelson Pillar was erected to commemorate the Battle of Trafalgar - it consisted of a long column with a statue of Admiral Nelson on top. The foundation stone was laid on 15 February 1808.