Street artist Maser and singer-songwriter Damien Dempsey collaborated on a unique project in 2010.

When street murals appeared at a number of locations throughout Dublin, they raised many questions among the public who wondered who was behind the images. The project was in fact a collaboration between the artist Maser and the musician Damien Dempsey the duo went public an now an exhibition of the work is to take place.

Inspired by the sign-writing styles of the 1940s and 1950s, the project was intended to be a tribute to the city. Philip Bromwell reports as the exhibition telling the story of the murals opens in Smithfield with all the proceeds going to the Dublin Simon community. 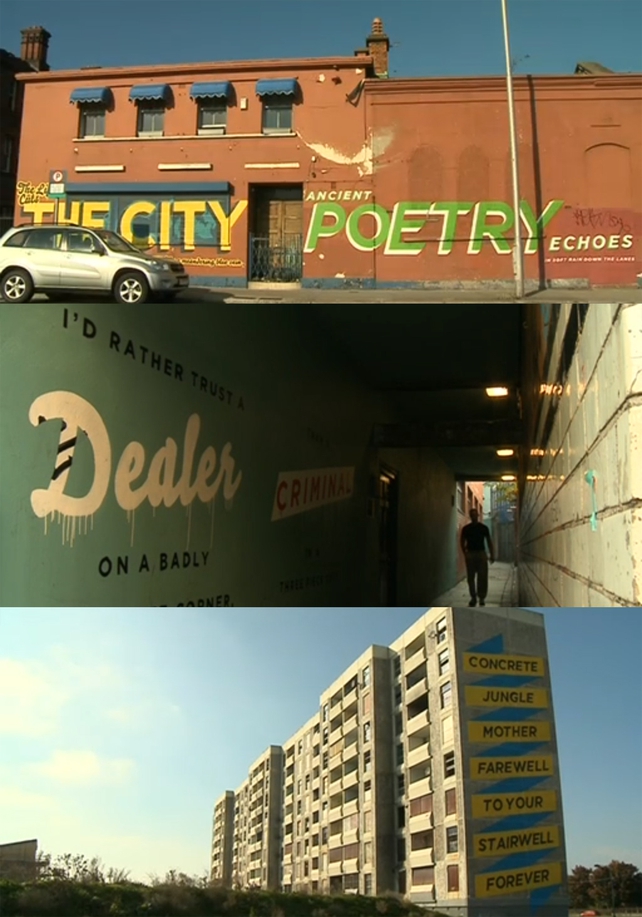