Highlights from the 1974 final between Dublin and Galway. Dublin had emerged from relative obscurity not having won an All Ireland title since beating Galway in 1963. Galway had lost the 1973 final to Cork.

The highlights shown here include a Galway point from Jimmy Duggan and a goal from Michael Rooney. A turning point in the second half was Dublin's Paddy Cullen save from Liam Sammon's penalty kick. Dublin scores shown are points from David Hickey, Jimmy Keaveney and Brian Mullins.

Towards the end of the game many Dublin supporters had made their way from the Hill 16 terrace to the edge of the pitch. Dublin manager Kevin Heffernan can be seen pleading with them to stay back.

The 1974 All Ireland Football Final was broadcast on 22 September 1974 the commentator was Michael O'Hehir. 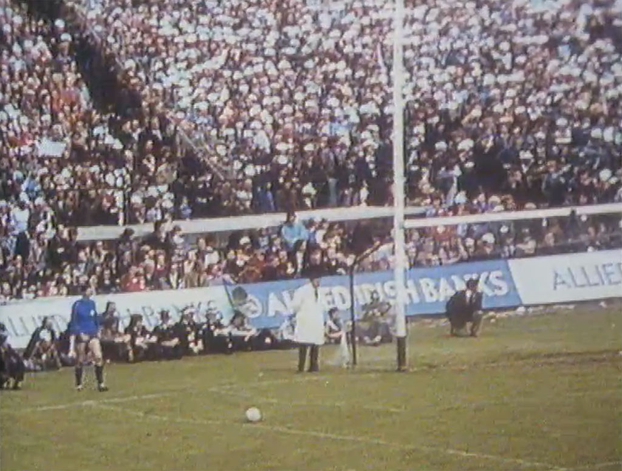