A monument to the victims of the 'Betelgeuse' Whiddy Island disaster is unveiled in Bantry, County Cork.

Eight months earlier 50 people were killed when the French tanker, Betelgeuse exploded at the offshore jetty of the Whiddy Island Oil Terminal in West Cork.

Following a procession of naval, army and Garda personnel, Minister for Labour Gene Fitzgerald laid a wreath at the monument. The memorial event was also attended by relatives of the dead who travelled from France and Britain. The victims included 42 French, 1 Britain and 7 Irish. A Dutch salvage diver was also killed during the salvage operation.

At the ceremony, a cross of polished Wicklow granite, carved in the shape of a ship's mast, was unveiled at the Abbey Cemetery in Bantry.

An RTÉ  News report broadcast on 8 September 1979. The footage shown here is mute. 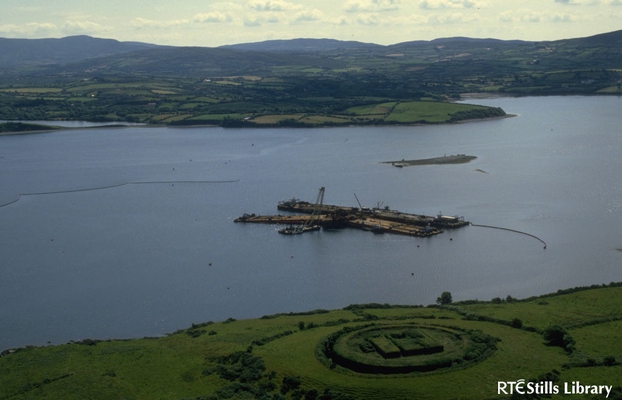