On 16 July 1965 'Discovery' follows Fossetts travelling circus on the road and provides an insight into the life and work of the circus.

Narrator, Brian Cleeve, describes the thirty weeks of one-night-stands and two hundred mornings of back-breaking work. Constructing the big top each morning in preparation for the children who have been waiting for the day the circus comes to town.

By the sledge spike rope and pulley they build a canvas house of dreams for the children who have been waiting for weeks alerted by gaudy posters, last year's memoires waiting for the day their shillings saved the day the circus comes to town. 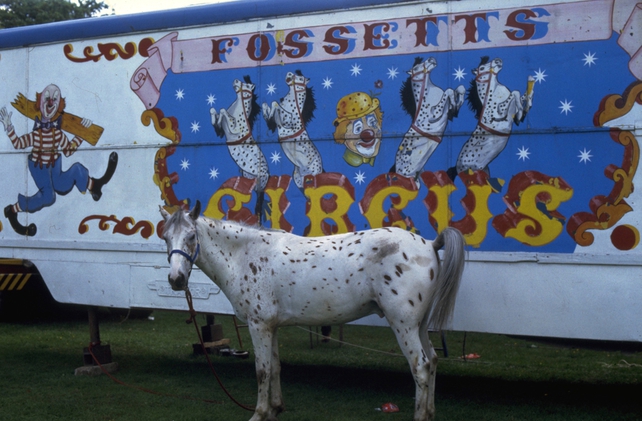 'Discovery' was a documentary series broadcast on RTÉ between 1964 and 1967. 'Discovery', which first aired on Tuesday, 14 January, 1964 and touched on many aspects of Irish life with an occasional spotlight on events of particular interest.