How do the Travellers fit into Irish society?

'Discovery' looks at the plight of Travellers in Ireland. The programme visits two campsites to see how their communities live.

These are Irish families, Irish faces. Maybe the purist Irish that there are.

This extract from the programme shows Travellers at a roadside camp and describes the culture of begging that exists in the Travelling community as almost the only education they will ever have.

The programme looks at education and the general treatment of Travellers by the rest of society. Members of the Travelling community describe their living conditions, and the treatment they experience at the hands of settled people.

Brian Cleeve also provides a brief history of the Travellers and their way of life.

These are Itinerants. To their enemies, tinkers, trash. To their few friends they are the travellers. The people of the roads...

One farmer, on whose land the "tinkers" have settled describes them as "an awful nuisance".

Peter Kennerley, producer of 'Discovery', wrote an article for the RTV Guide ahead of the broadcasting of the programme on Telefís Éireann. 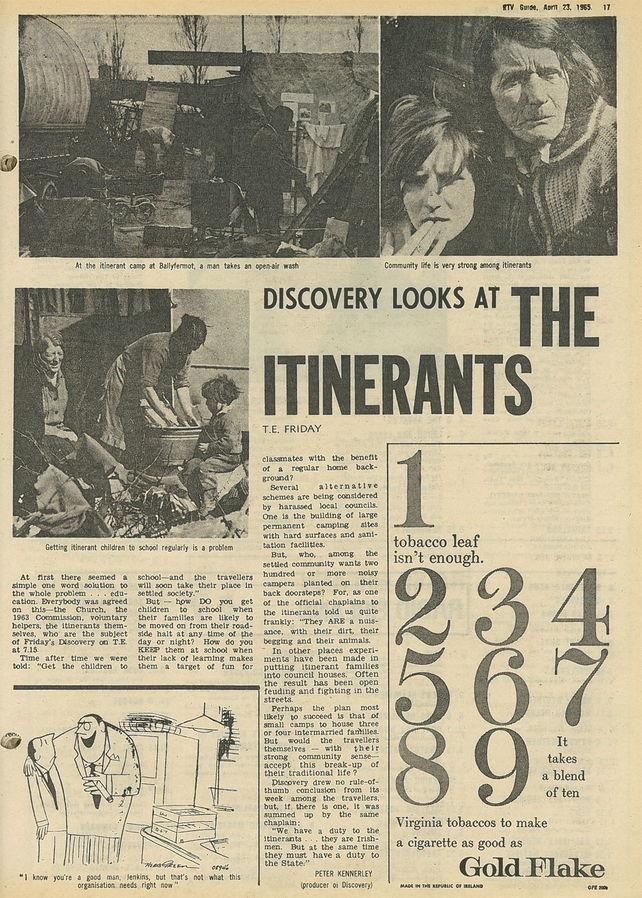 This episode of 'Discovery' was broadcast on 30 April 1965, with narration by Brian Cleeve.