Back stage at the All Ireland Drama Festival in the Dean Crowe Hall in Athlone, County Westmeath.

The Moat Group from Naas, County Kildare are hoping to take the title for the second year running. The 1975 adjudicator Alan Nichol from Scotland, believes that what happens in Athlone is special,

I see Athlone as the premier festival of Europe...

Ciaran Rigney, one of the more experienced actors speaks about the festival while in make-up ahead of his performance.

We haven't a hope of winning, but we'll try.

Director Dermot McNamara talks about preparations for the Moat Group's opening night of the play 'School for Scandal' by Richard Brinsley Sheridan.

The audience on the opening night includes members of the many other drama groups who are in competition to win this years title. 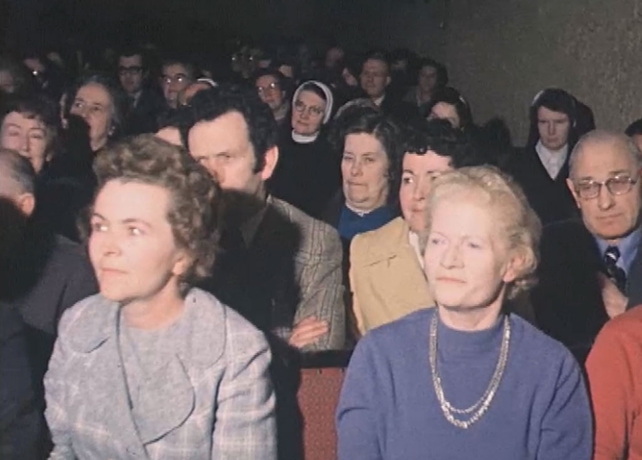 Audience at the All Ireland Drama Festival (1975)