President Éamon de Valera addressed those who gathered in the rain at College Green Dublin for the unveiling of a statue of nationalist Young Ireland leader Thomas Davis.

The bronze sculpture stands on a granite pedestal accompanied by an adjoining fountain with four trumpet-blowing heralds representing the four provinces of Ireland. Six granite tablets depict a famine scene and scenes from the poetry of Thomas Davis. The setting is appropriately facing Trinity College where Thomas Davis had studied.

The memorial is the work of sculptor Edward Delaney.

An RTÉ News report broadcast on 16 April 1966. The footage shown here is mute. 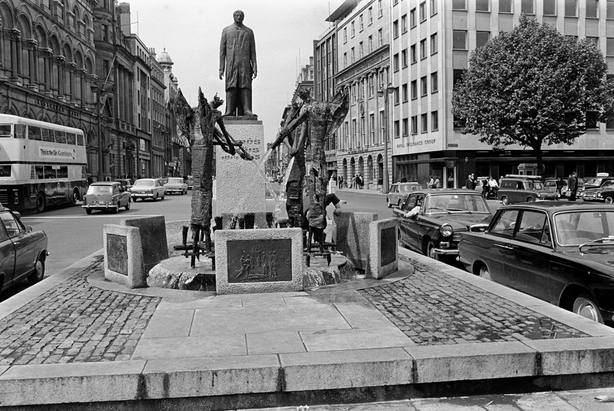 The 50th anniversary of the Easter Rising in 1966