Traditional music song and dance in Ballyshannon for the annual Folk Festival.

Around ten thousand people gathered in Ballyshannon for the eighth annual Folk Festival. Celebrations in the town were not dampened by the heavy rain over the weekend.

If a night under canvas did have its drawbacks, there was always a warm pub to retire to in the afternoon.

The cold, wet, cramped nights in the campsite did not put off festival goers enjoying the music sessions in the pubs and on the streets of Ballyshannon. 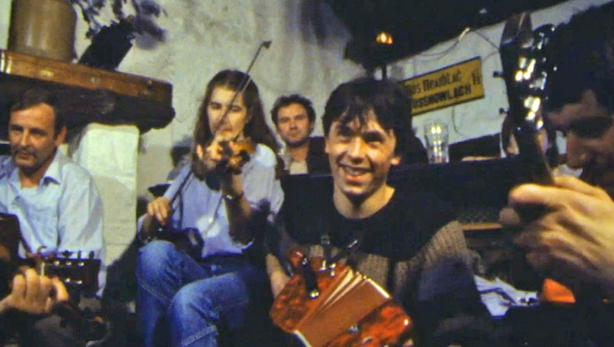 The big names at the festival including De Danann, Mary Black and Jim McCann performed in the festival marquee.

While most of the festival goers came from the north and north west of the country, there was also a great deal of foreign interest with visitors from as far away as Australia. There was also a street performance from New Zealander Thomas Baker who made Donegal his home 3 months ago.

An RTÉ News report broadcast on 7 August 1985. The reporter is Maggie O'Kane.