Twenty two year old Luke Kelly tells Ciarán Mac Mathúna how he was converted from jazz to folk music after hearing 'The Auld Triangle' sung in a pub in Newcastle in England.

Luke Kelly had "about 50 jobs" in England, "cleaning lavatories, cleaning railways", but had recently returned to Ireland. He had been singing "since I started bawling in the cradle".

This interview was recorded in May 1963 in Johnnie Fox's pub in Dublin. After seeing the show 'A Ballad Tour of Ireland' at the Gate Theatre in Dublin around this time, Ciarán Mac Mathúna wrote in his RTÉ Guide column 'The Trad Scene': 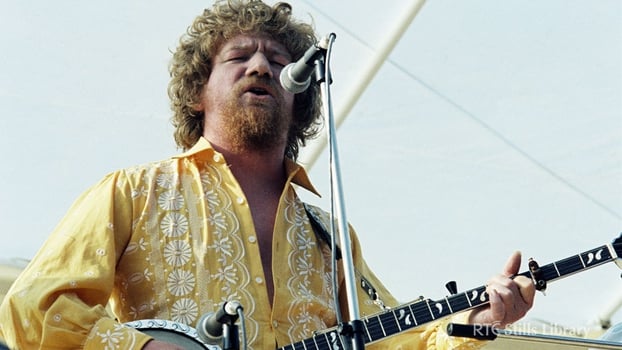