A story of four American musicians who moved to Ireland and made it their home.

Ireland is synonymous with emigration to the USA. Less commonly heard are stories of Americans moving to Ireland. Such was the case for American folk group 'Pumpkinhead' who appeared on the programme 'Tangents' on 6 February 1974.

Thom Moore arrived in Ireland in 1971 along with his wife Kathy, and another American couple Rick and Sandi Epping. They formed the band 'Pumpkinhead' and based themselves in Sligo. Named after the character 'Jack Pumpkinhead' from the Oz stories, between them they play twelve instruments.

In this feature from the programme 'Tangents' they each talk about moving from the US to Ireland and how Ireland has offered them an alternative way of life, as well as an opportunity to learn and play traditional Irish music.

On 6 February 1974 the American folk group 'Pumpkinhead' appeared on the programme 'Tangents'.

A miscellany of events, entertainment, opinions and personalities, 'Tangents' was first aired on Monday 25 September, 1972 and ran until 1974. ‘Tangents’ was presented by Cathal O'Shannon and Doireann Ni Bhriain on Monday, Wednesday, Thursday and Friday and by John O'Donoghue each Tuesday. 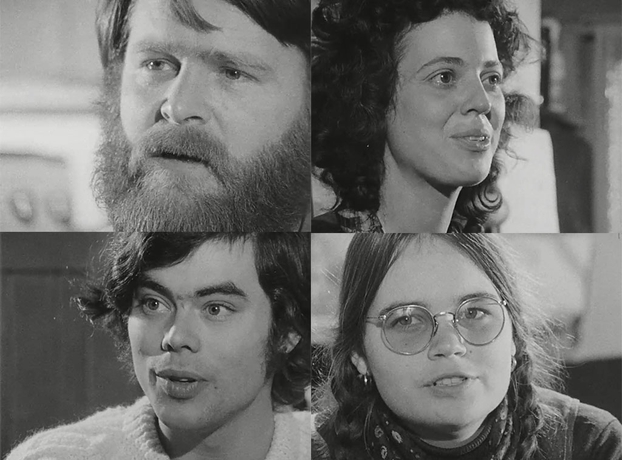 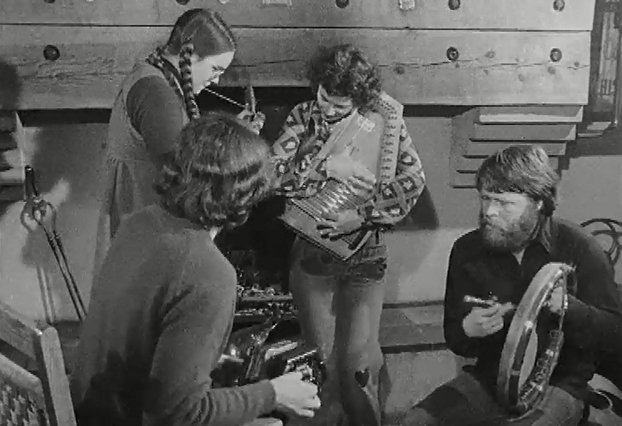