There's life in sycamore and it isn't in anything else.

Jerry Martin, Fiddle Maker was born in 1897 in Gurteeny, Co.Galway. He became a carpenter and a stone mason and in 1927 went to work in County Clare. Later he moved to Garrykennedy. He mastered the craft of boat building and fiddle making. He loved traditional music which he played on the flute and later on the fiddle.

In this clip from 1975, Ciarán MacMathúna pays him a visit and they speak about the art of fiddle making. Jerry speaks about the sycamore timber he uses for fiddles. Quoting Stradivarius on making these musical instruments Jerry says "if you hadn't life in your timber before you made it, don't make it at all". 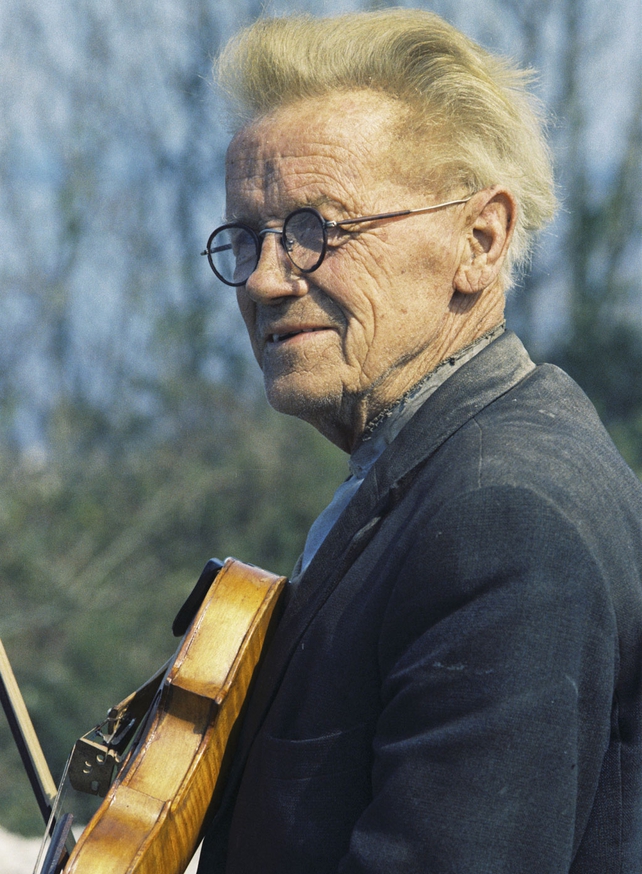