A telephone warning had been received by the authorities earlier that day but indicated that the bomb was in a different location meaning that many people walked inadvertently into the path of the bomb.

Witnesses describe the aftermath of the bombing and the devastation it caused.

One witness describes the scene as "utter carnage" with bodies strewn across the street. Chief Constable Ronnie Flanagan states

An RTÉ News report was broadcast on 15 August 1998. The reporter is Brendan Wright. 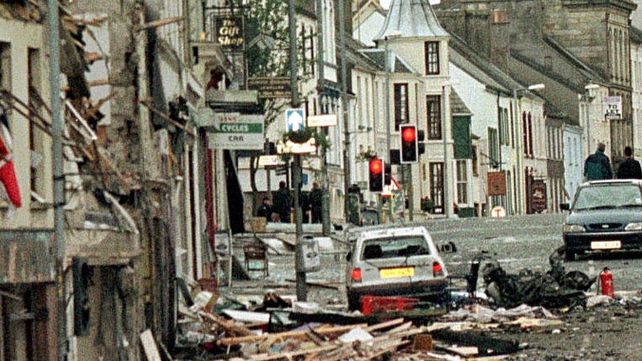