Manager of the Republic of Ireland soccer squad, Jack Charlton, receives the Freedom of the City of Dublin at a ceremony in College Green.

Without doubt the most popular man in Ireland.

Thousands of people thronged the streets of Dublin in support of Jack Charlton. At the ceremony Lord Mayor of Dublin Tomas MacGiolla says

The Lord Mayor commends the Irish fans throughout the Charlton era. Jack Charlton says the last eight years have been the best of his life.

An RTÉ News report broadcast on 26 May 1994. The reporter is Michael O'Kane. 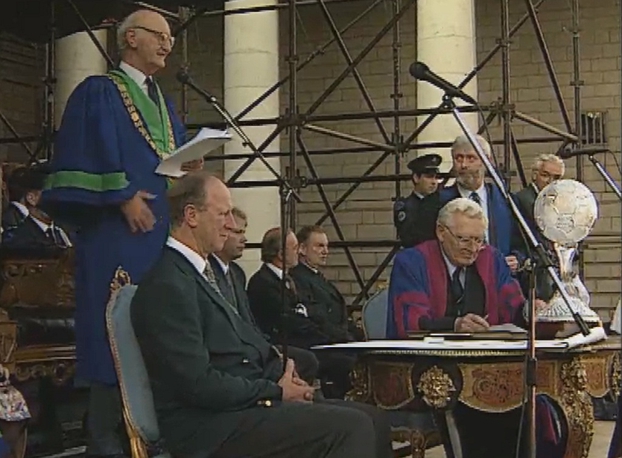