Following the success of the Republic Ireland football team at Italia '90, manager Jack Charlton receives a heroes welcome on 'The Late Late Show'.

Gay Byrne introduces Jack Charlton as a possible contender for the seat of President of Ireland. The Republic of Ireland manager talks about the success of the Irish team at the 1990 World Cup Finals and the privilege of meeting the Pope at the Vatican.

The Republic of Ireland football team were guests of Pope John Paul II at the Vatican on 8 June 1990.

This episode of The Late Late Show was broadcast on 19 October 1990. 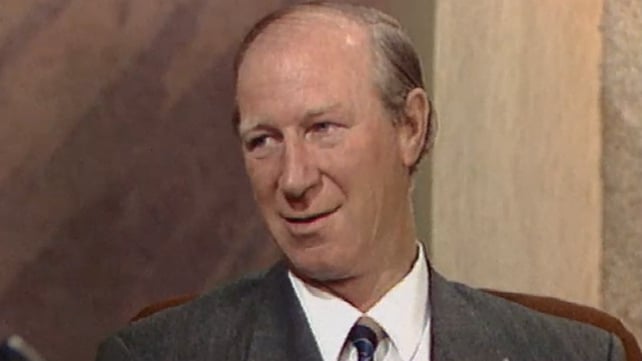