Republic of Ireland soccer manager Jack Charlton is banned from the sidelines by FIFA at the World Cup Finals.

The ban came after Ireland had played two matches, the first against Italy, which they won 1 - 0, and the second against Mexico, which they lost 2 - 1.

During the Mexico match, Jack Charlton and player John Aldridge had been in a dispute with a FIFA official, who caused a delay when the Republic of Ireland were trying to substitute Tommy Coyne. The ban meant that the Irish team would not have their manager at the sidelines during their crucial match against Norway, which would determine whether or not they would proceed to the next round of the competition.

Jack Charlton spoke to RTÉ News shortly after learning of the ban. Speaking in an Orlando hotel, he says he has been banned for shouting at referees and linesmen, which surprised him because all he asked was could he give the players a drink of water. 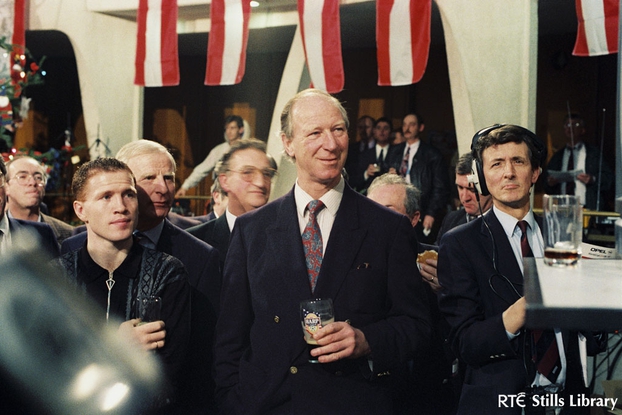