RTÉ Radio broadcast this statement from Taoiseach Liam Cosgrave on 17 May 1974 following the bombings in Dublin and Monaghan.

Cosgrave expresses his sympathy for the victims and revulsion and condemnation for "the evil men" who did this. He praises the emergency services and those who rushed to the assistance of the injured and promises the protection of the gardaí and army for the citizens of Ireland.

After Cosgrave's speech, an eyewitness describes the carnage and desolation of Talbot Street. 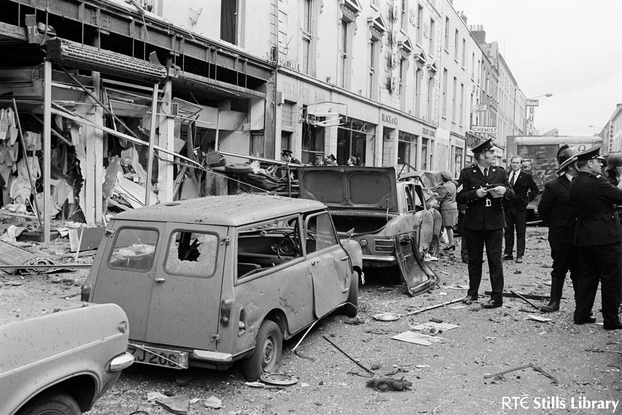