The route of a Civil Rights march in Omagh is met with a blockade by a large group of Paisleyites.

A demonstration for Civil Rights in Omagh on a Saturday afternoon is attended by more than 1000 marchers.

There was tension created when supporters of the Reverend Ian Paisley gathered in Market Street in large numbers, blocking the planned route of the demonstration.

Four hundred police officers were brought into the Tyrone town for the occasion. A police cordon holds back the counter-demonstrators, and a detour taken by the marchers means arrival at their destination Omagh Courthouse is orderly and uneventful. 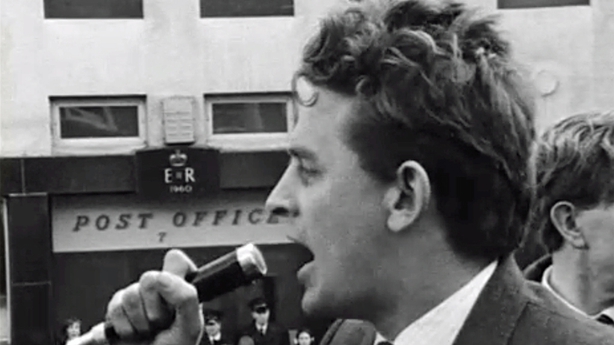 Austin Currie MP addressed the demonstration praising the conduct of those taking part.

This victory today is all the more sweet because it has been done true to the ideals of the Civil Rights campaign, that ideal of nonviolence.