Celebrating a traditional way of life through crafts and music at the Letterkenny Folk Festival in Donegal.

There's a carnival atmosphere in the town for the opening of the festival with floats and bands in costume parading through the town.

The 1973 Letterkenny Folk Festival took place in the Donegal town from 23 to 27 August. 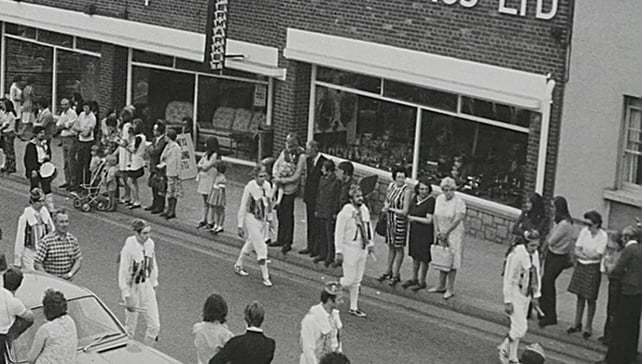 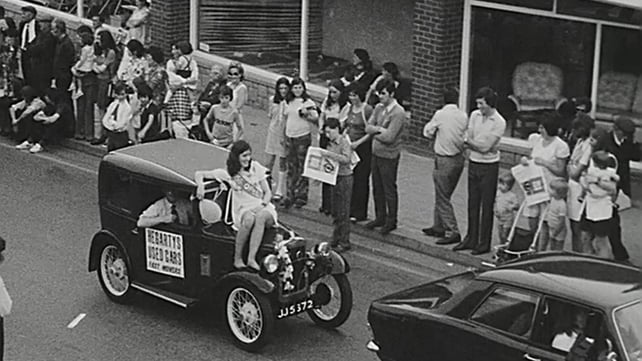 An RTÉ News report broadcast on 27 August 1973. The footage shown here is mute.