The three were introduced at the beginning of the programme and taken away to be fitted. At the end the show, the bewigged guests return.  BP Fallon embraces the experience by wearing a wig on a wig. 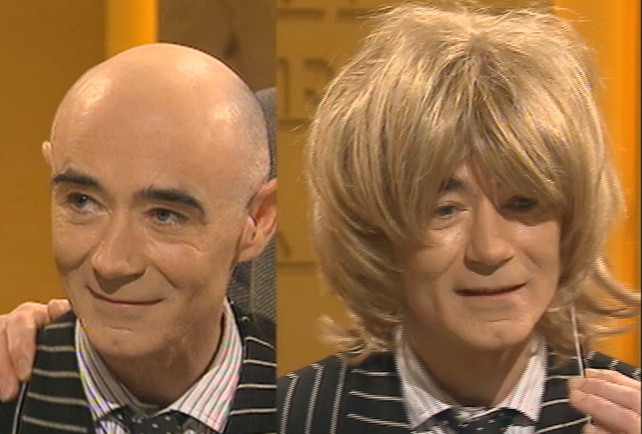 BP Fallon in a wig - Before and After - Look number one 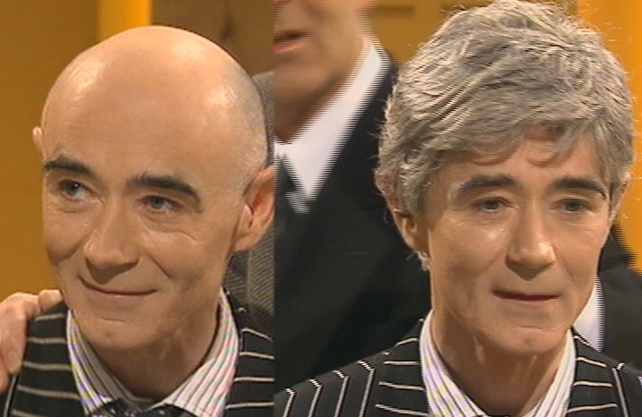 BP Fallon in a wig - Before and After - Look number two 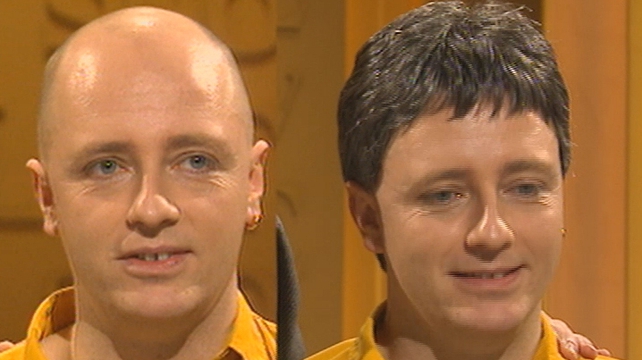 Eddie Bannon - Before and After 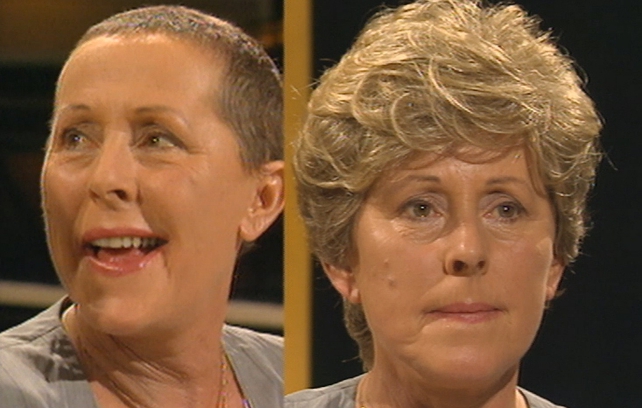 Peggie Clarke - Before and After

This episode of 'The Late Late Show' was broadcast on 29 January 1999. The presenter is Gay Byrne.