The Independent Radio and Television Commission meets for the first time at Newbridge House in Dublin.

Minister for Communications Ray Burke told the Chairman Mr Justice Henchy and other members of the commission that he wants immediate action on the establishment of new radio and television stations. 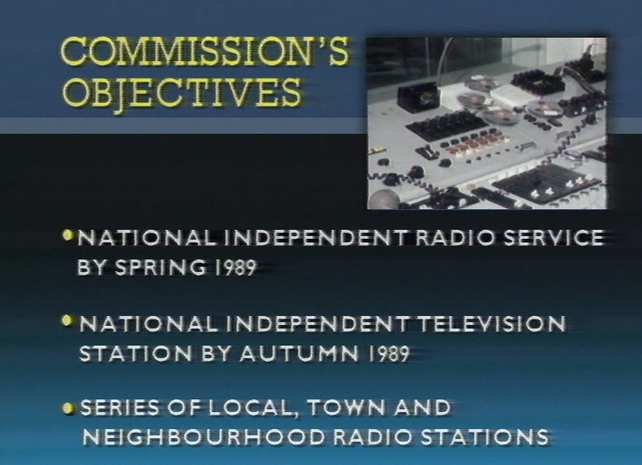 Pirate stations, like Sunshine Radio in Portmarnock, will have to be off the air by the end of 1988 if they want to be eligible to apply for one of the new licences.

A major publicity campaign is due to begin seeking applications from those interested in running the new services.

An RTÉ News report broadcast on 17 October 1988. The reporter is Charlie Bird.