British soldiers set up barricades on the streets of Derry.

British troops arrived in Northern Ireland on 14 August 1969, while the Battle of the Bogside was raging in Derry. Intense rioting had broken out following the Apprentice Boys parade in Derry two days earlier and the conflict had spread across Northern Ireland.

On 13 August 1969, Taoiseach Jack Lynch intervened in a broadcast to the nation. Jack Lynch was highly critical of the Stormont government, stating that the RUC was no longer an impartial police force. He called for the UN to intervene and announced that the Irish army would establish field hospitals near the border.

On 14 August 1969, British soldiers were deployed in Derry and were on the streets of Belfast the following day. 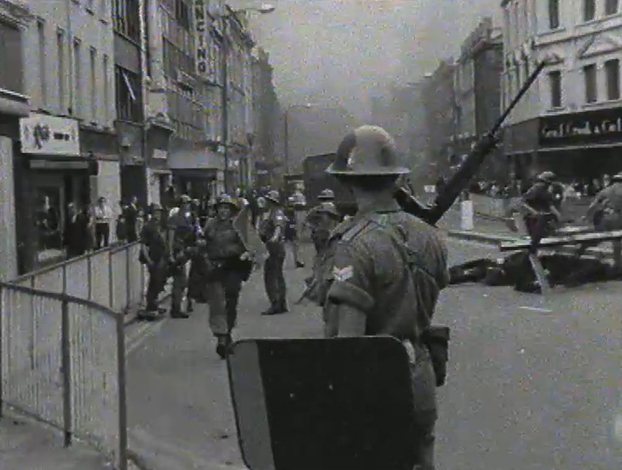