Could one of Dublin's oldest trading spaces the Iveagh Market close?

The Iveagh Market has been the core of the Liberties community since the start of the twentieth century RTÉ News visits to find out more about its traders and the people who shop there.

It was built by Lord Iveagh about fifty years ago at a cost of £50,000. It was established under the Dublin Corporation's Market Act of 1901 and opened in 1907. The idea was to drive the street traders off the street and put them here under a comfortable roof in Francis Street.

A casual let costs four pence a square yard and the average pitch is about four square yards. With the opening of the market, a rule was also introduced prohibiting street trading within 500 yards of the market.

The Chief Superintendent of the market says rumours of closure are "pure speculation".

Third generation trader Josie Twomey, whose grandmother was the first stall holder at the Iveagh Market says that the market could not close as people could not do without it.

Ellen Dunne who has worked at the market since she was twelve years old helping her mother is less optimistic.

There's no future in it for children. 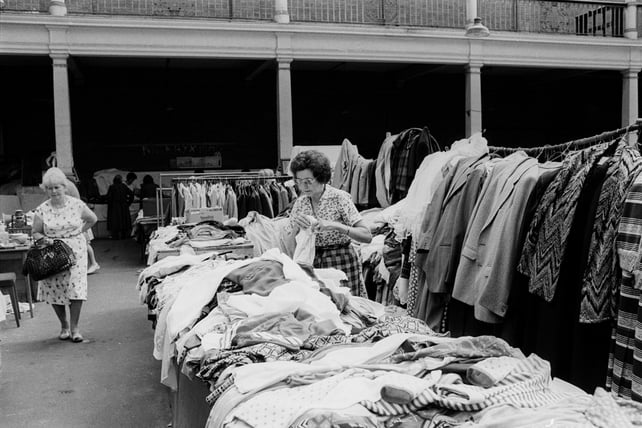 An RTÉ News report broadcast on 21 March 1962. The reporter is John Ross.