Starting his journey from Cornmarket on Thomas Street where Éamonn Mac Thomáis can see the seven Liberties of Dublin from the Liberty of Saint John to the Liberty of St Patrick's Cathedral. Through the Liberties he continues on Francis Street with its auction rooms and antique shops, the Tivoli Theatre, and the Iveagh Market where,

You can get anything from a pair of cowboy boots, a straight pair of cord jeans,  or you can get Grandad shirts by the thousand. The Iveagh is worth a visit any day of the week. 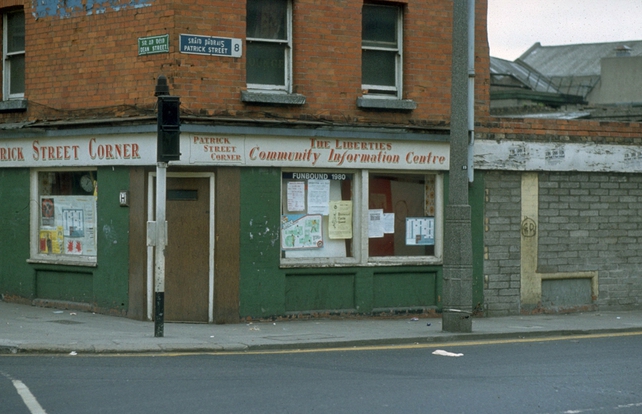