Ahead of the visit of US President Ronald Reagan in 1984 protests took place in Dublin in opposition to his foreign policies.

This was the first in a series of protests to coincide with the President's visit to Ireland. Opposition was largely in relation to Reagan's arms policies and his attitudes to third world countries.

Among the protesters was Mrs. Olivia O'Brien, mother of Fr. Niall O'Brien who was on trial in the Philippines. Mrs. O'Brien was campaigning to get President Reagan to use his political influence to help her son.

A large number of nuns also took part in the protest in support of the poor and the marginalised in the third world. Sr. Joanne O'Connor told RTÉ News that they were participating in the protest to take the side of the poor.

March coordinator, Chris Mulvey, is pleased with the turn out and praises the efforts of the protesters who have come out to protest in a non-violent manner. 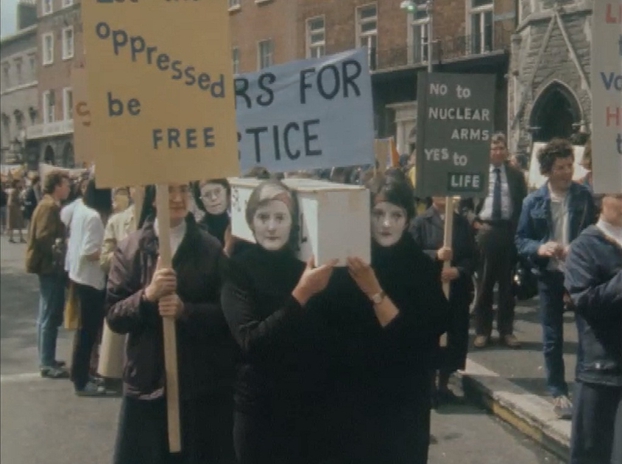