Joe Little reports on the beatification of Padre Pio by Pope John Paul II on 2 May 1999.

The Italian friar who died in 1968 bore wounds similar to those of Christ. Over a thousand Irish went to Rome for the ceremony and masses were held in Ireland, where his order the Capuchins had a long-standing connection. 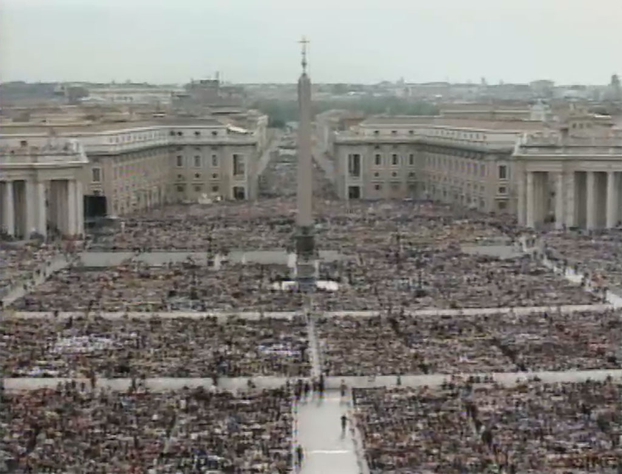