The abortion referendum of 1983 is revisited in light of the X Case controversy.

A High Court ruling by Mr Justice Declan Costello to prevent a 14-year-old rape victim from travelling to England to have an abortion became known as the X Case. 'Today Tonight’ looks back at the abortion referendum of 1983, where the seeds were sown for such a ruling to occur.

Dr Mary Lucey, President Society for the Protection of Unborn Children (SPUC) campaigned strongly for no exceptions to the prohibition of abortion in Ireland, deeming abortion unacceptable even in special cases such as pregnancy resulting from rape, incest, growth congenital abnormalities or where the mother’s life is in danger.

University professor and physician Dr Mary Henry recalls that for the Pro-Life Amendment Campaign (PLAC) and SPUC, the referendum was more than simply the prevention of abortion. They were determined to have the right to life of the unborn child enshrined in the Constitution.

She says another wording was put forward for the amendment whereby the Constitution could not be used to introduce abortion into this country.

The argument that it could, was dismissed as hysterical.

Mary Holland says she is heartbroken and feels physically sick by the judgement handed down by Justice Costello.

A ‘Today Tonight’ report broadcast on 18 February 1992. The reporter is Miriam Fitzsimons. 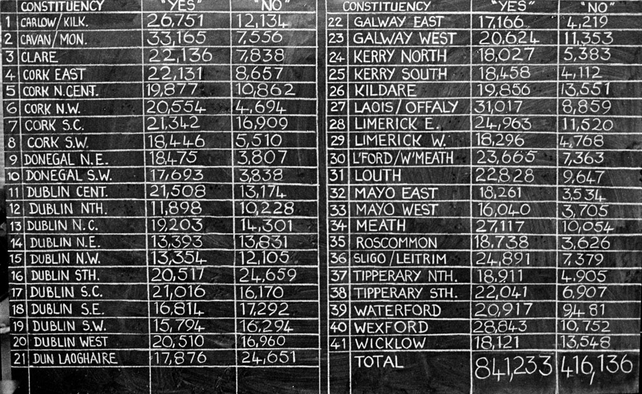