In Ahascragh National School in County Galway pupils talk of a boating tragedy from 1828 and sing a lament marking the event.

Irish language, song and dance are the order of the day at Ahascragh National School where the class put on a performance for the visiting cameras. Agahscragh is a small village located around 7 miles from Ballinasloe.

The pupils and their teacher Seán Mac Donncha recall a boating tragedy in 1828 when 19 passengers were drowned on the River Corrib. After a singing lesson ,the children sing 'Anach Cuain' from the poem by  Antoine Ó Raifteiri. 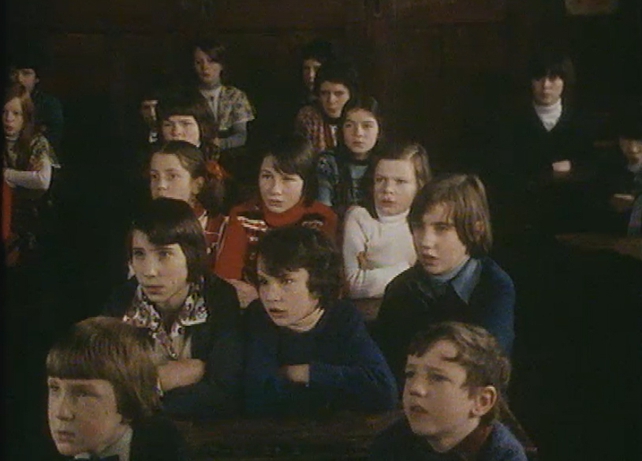 ‘Pobal’ was an Irish language show launched in 1976 and presented by Breandán Ó hEithir. It went out on Saturday nights. It ran for one season until it was amalgamated with ‘Next Stop’ and ‘Spot On’ to create ‘PM’ in autumn 1977.