Three Lilywhites and one man from God knows where perform in Howth.

Christy Moore is joined by Planxty live from the Abbey Tavern in Howth, North County Dublin.

This excerpt from the programme shows Christy Moore introducing his band mates from Planxty including Donal Lunny, Andy Irvine, and Liam O'Flynn. They perform a slip jig which Christy Moore refers to as "The First Slip".

This series 'Christy Moore and Friends' was broadcast in six parts from 6 March 1980 featuring several singers and musicians from the Irish folk scene. 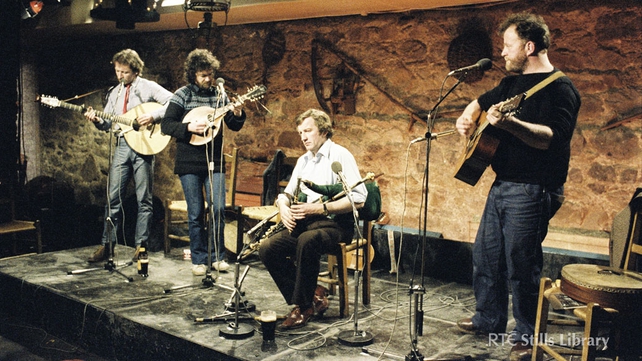