The ceremony took place at the Adam and Eve Franciscan Church, on Merchant's Quay in Dublin.

Mr Dodney Dudley-Smith from London was the best man, the groomsman was Juan Benito, the Spanish fiancé to Olive's sister Dorrie, who along with another of Olive's sisters Loretta, were bridesmaids.

The wedding reception took place at the Gresham Hotel on Dublin's O'Connell Street. The couple honeymooned in California, Mexico and Jamaica.

An RTÉ News report broadcast on 25 January 1964. The footage shown here is mute. 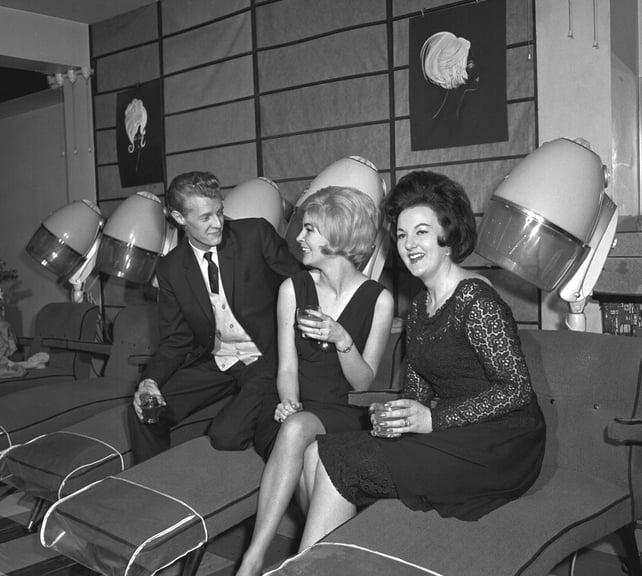 Model and television presenter Olive White (centre) and her soon to be husband Christian Browning at their engagement party in what appears to be a hairdressing salon in Dublin in 1963.
Photo by Roy Bedell.