Gay Byrne has presented 'The Late Late Show' for two years and Kathleen Watkins was one of the first presentation announcers when Telefís Éireann went on air on New Year's Eve 1961.

Over a thousand well-wishers crowded into the south Dublin village to catch a glimpse of the wedding. Guests included Eamonn Andrews and his wife Gráinne. After the ceremony, Gardaí escorted the couple to their car. The wedding reception was held in the Downshire House Hotel in Blessington, County Wicklow.

The couple pose for photographs outside the church.

An RTÉ News report broadcast on 25 June 1964. The footage shown here is mute. 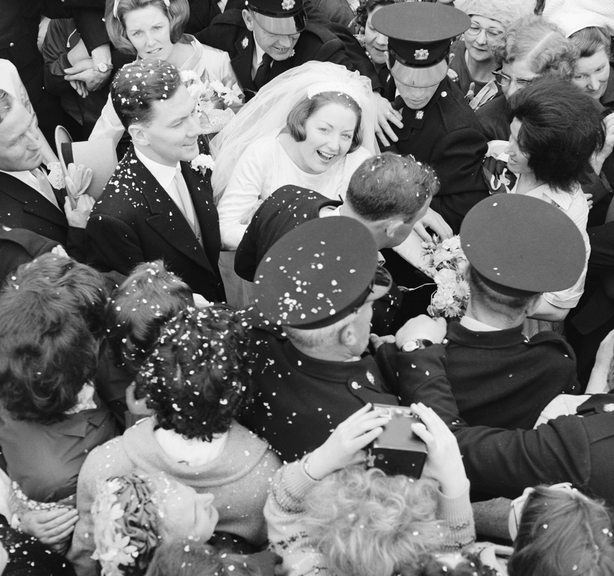 Gay Byrne and Kathleen Watkins outside the Saggart Church 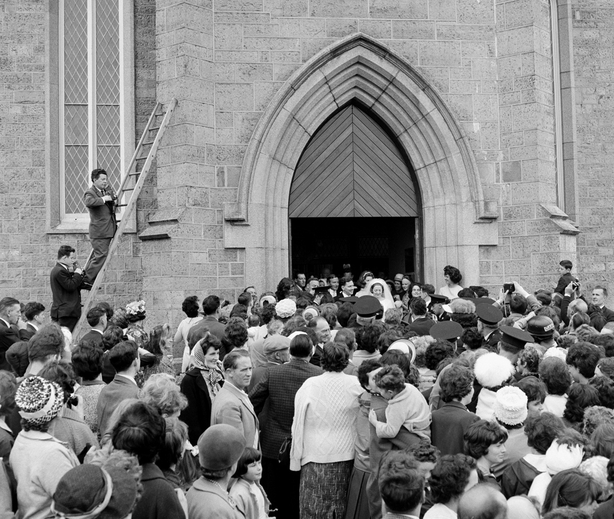 Crowds outside the Saggart Church 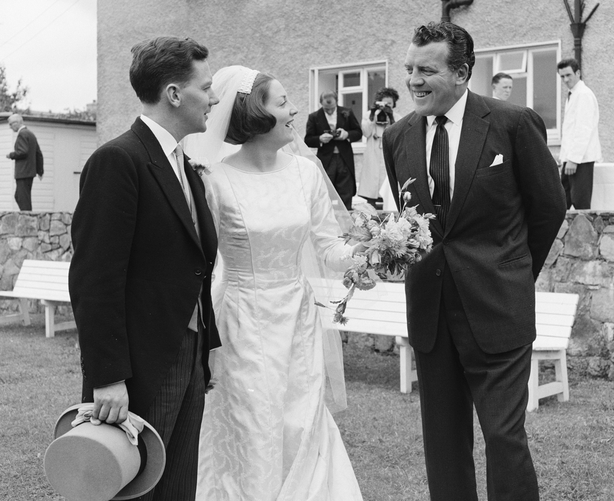 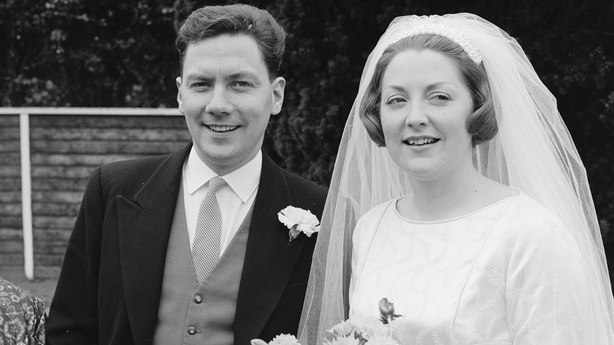