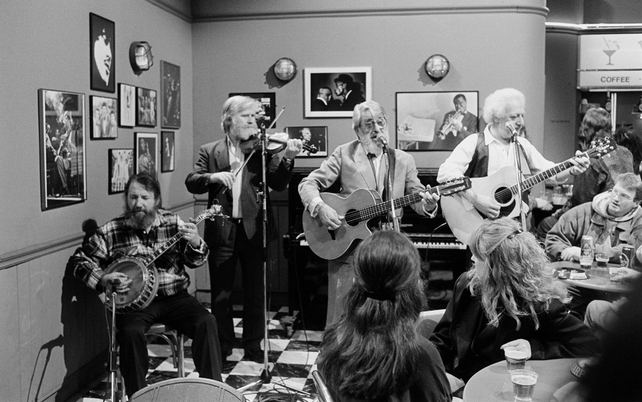 The Dubliners on 'Nighthawks' in 1992. Photo by Thomas Holton.

This episode of 'Nighthawks' was broadcast on 9 January 1992.