Fans of the couple who turned out at the church in the Meath village of Rathfeigh hoping to catch a glimpse of the bride and groom were disappointed. The couple had signed an exclusive six figure deal with a celebrity magazine 'Hello'.

There was no chance for anyone to spot the happy couple either before or after the ceremony.

The view of the church was blocked by 15 foot high security screens. Kerry Katona arrived by Rolls Royce with blacked out windows while Brian McFadden covered his face with a scarf.

There was disappointment also for two altar girls who had been told by the parish priest that they would be serving at the wedding. However, they weren't on the list and could not get in.

Celebrity fans did manage to catch a glimpse of Ronan Keating as he arrived for the ceremony.

An RTÉ News report broadcast on 5 January 2002. The reporter is Eileen Whelan. 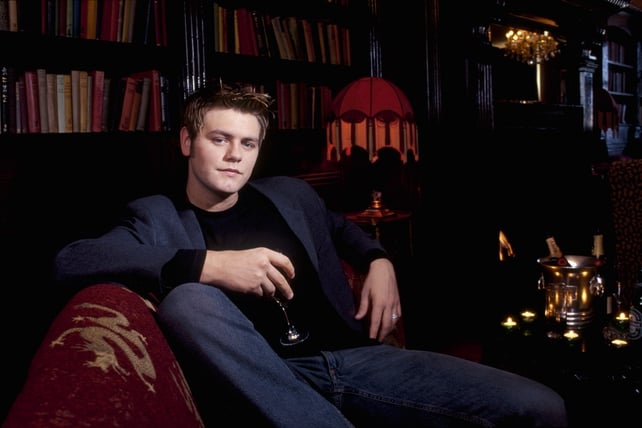