On 1 July 2000 boy band Westlife were honoured as Freemen of the Borough of Sligo.

A ceremony was held at the newly restored City Hall where Mayor of Sligo, Rosaleen O'Grady, bestowed the honour on the five Westlife members. Shane Filan, Kian Egan and Mark Feehily are all Sligo natives, while Nicky Byrne and Brian McFadden hail from Dublin.

In 2000 Westlife also made music history by being the first group to have their first five singles enter the UK singles chart in the Number 1 slot.

Hoards of fans travelled from all over Ireland, Scotland and England to catch a glimpse of their idols.
Reporter Eileen Magnier spoke to Nicky Byrne, Kian Egan and Shane Filan about the honour recognising their success in the world of pop.

An RTÉ News report broadcast on 1 July 2000. The reporter is Eileen Magnier. 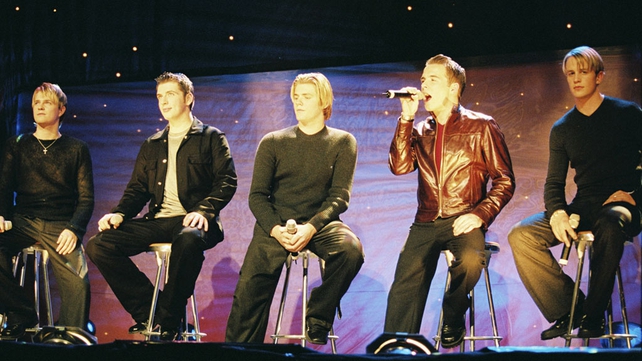