The flag which flew over the GPO on O'Connell Street Dublin in 1916 is returned to the Irish on 30 March 1966.

At a ceremony in Government Buildings Taoiseach Seán Lemass is presented with the Flag of the Rising by Comdt Frank Neill accompanied by the Irish Ambassador in London JG Molloy. The flag has been held in the Imperial War Museum in London since the events of Easter Week 1916.

The words "Irish Republic" are emblazoned in gold and white lettering on a bullet holed green background.

This footage was broadcast as part of an RTÉ News report broadcast on 31 March 1966. 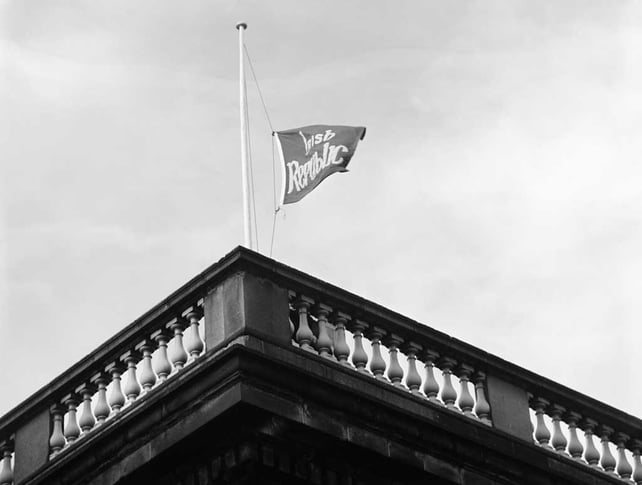