A drunken Cha and Miah take to the park to discuss the new year.

In this sketch for 'Hall's Pictorial Weekly' Cha (Frank Duggan) and Miah (Michael Twomey) reminisce over new year's gone by.

We're the men that our mammies warned us against... We're worse than the ads for drink on the gogglebox.

This episode of Hall's Pictorial Weekly was broadcast on 31 December 1975. 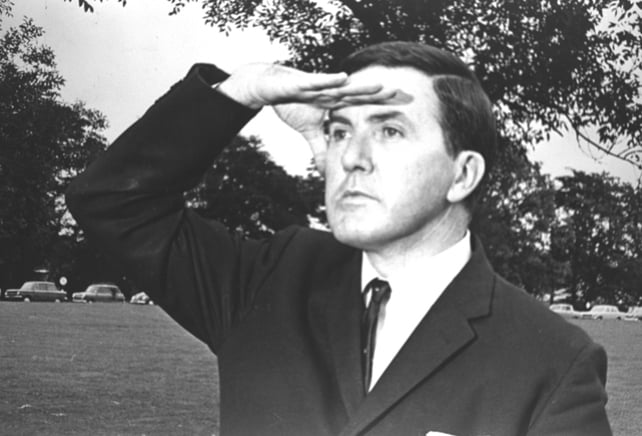 In the RTÉ Guide on the week of it's first transmission, Frank Hall wrote,