A first for Telefís Éireann with an operatic production.

'Patrick', a television opera written by Donagh McDonagh, with music by A.J. Potter, and produced by Anne Makower.

'Patrick', an Irish emigrant labourer, tries to foster good will among warring gangs in a foreign industrial town. His peace mission sees him meet with a beautiful nurse and almost gets him lynched.

The excerpt presented here shows the opening sequence to the opera.

'Patrick' was broadcast on Telefís Éireann on 17 March 1965.

Ahead of its broadcast on St. Patrick's Day 1965, the composer, the librettist, and the producer, wrote about the opera in the RTV Guide. 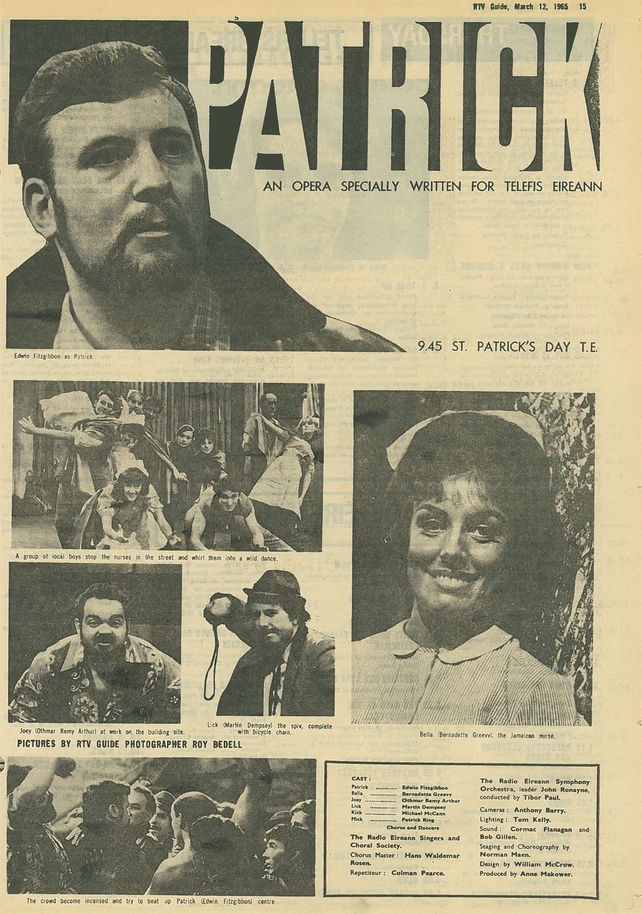 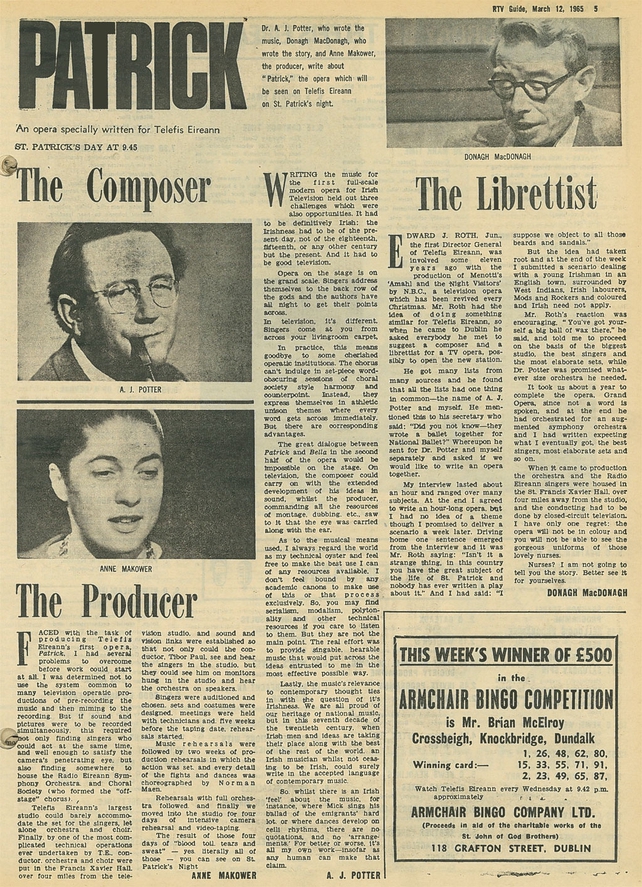 The day after 'Patrick' was broadcast, The Irish Press newspaper described the opera as "a poetically effective and musically adaptive script", and wrote that "Irish Television have done a good thing". (Irish Press, Thursday, March 18, 1965, p.4)