'Head to Toe' takes a look at Senator David Norris's wardrobe in this fashion feature from 1990. His daily routine requires suits that are hard-wearing enough for cycling into Trinity College Dublin, where he works as a lecturer.

As a politician David Norris also has to satisfy the dress code of the senate. He has an Arab outfit for wearing on his regular trips to the Middle East. Then for fun, there are the animal masks he bought in New Orleans after Mardi Gras. 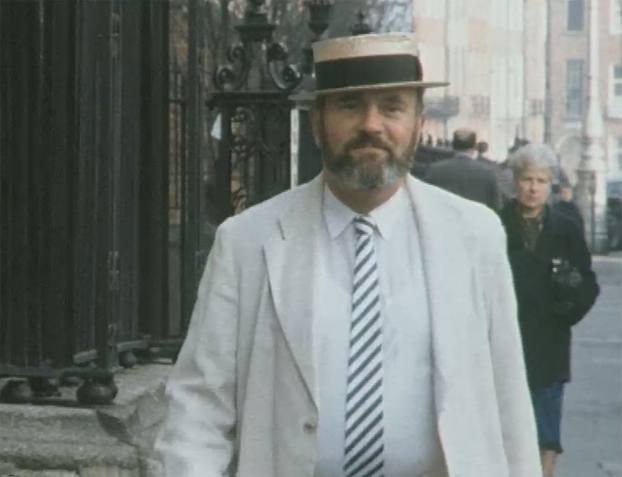