In 1984 Michael Mortell won the Late Late Show Designer of the Year for the third year in a row.

This clip is taken from the Late Late Show broadcast on 29 September, 1984.

'The Late Late Fashion Show' went on to become a biennial fixture in 'The Late Late Show' calendar and gave an important platform to Irish designers throughout the 1980s and 1990s. 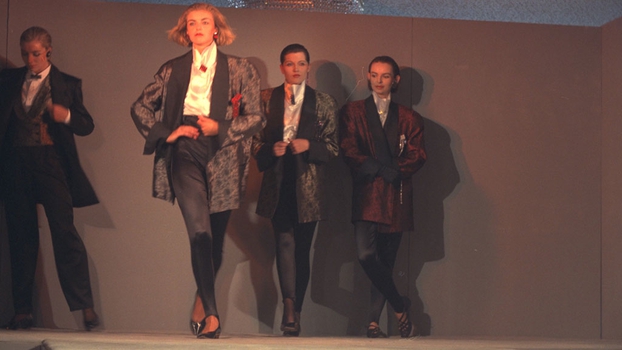