A visit from the President, a street carnival and fireworks launch Cork as the European City of Culture.

Cork was the European City of Culture in 2005. The celebrations were kicked off by President Mary McAleese when 5-year old Danielle Murphy O'Riordain released a balloon at a civic reception in Cork City Hall.

The day long festivities saw some 100,000 people on the streets to witness spectacular outdoor events, including a re-enactment by Waterford Spraoi of St Finbarr slaying a giant serpent.

This was the beginning of a year-long programme of cultural events that brought over one million people to Cork.

An RTÉ News broadcast  8 January 2005. The reporter is Jennie O'Sullivan. 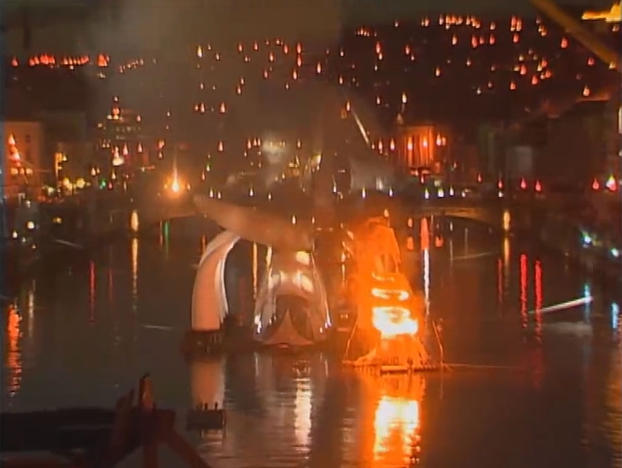