Breakdancing may have originated in America but is popular on the streets of Limerick.

RTÉ News talks to members of the public to get their views on the new craze to hit the streets of Limerick.

The first time we saw it was off Top of the Pops. As the dancers perform on the streets of Limerick, crowds gather to enjoy the spectacle.

John Dillon from the Krazy Feet dance troupe talks about how he became interested in breakdancing and developed his talent further.

An RTÉ News report broadcast on 20 December 1984. The reporter is Michael Walsh. 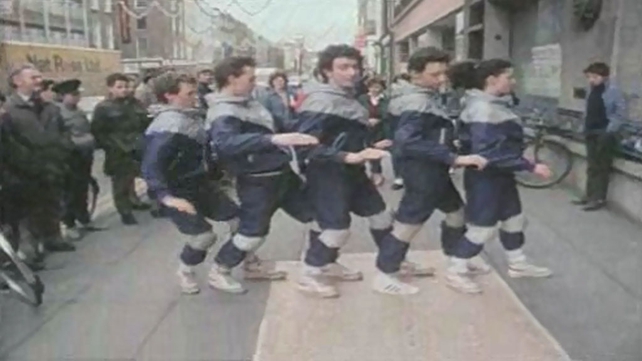