This episode of 'Gortnaclune' was broadcast on 22 July 1994 and features a sketch by comedy duo Pat Shortt and Jon Kenny as D'Unbelievables.

Presented by Pat O'Mahony and Pauline McLynn, 'Gortnaclune' featured comedy sketches, filmed inserts and musical guests and ran twice weekly over the summer of 1994. The first programme was broadcast on 28 June 1994. 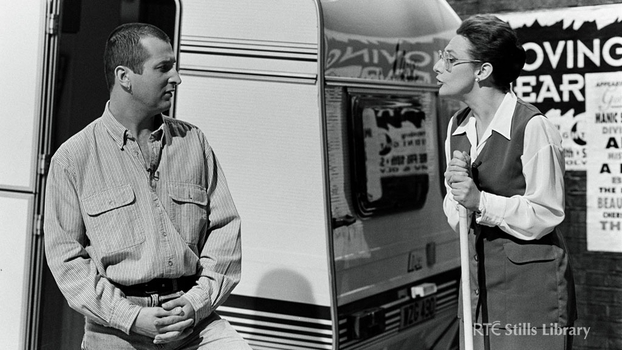