As Secretary of the Department of Finance in 1958 TK Whitaker introduced the First Programme for Economic Expansion.

This programme, which became known as the 'Grey Book' was a landmark document for the Irish economy at a time when economic growth was virtually non-existent. Whitaker felt that this plan would give a badly needed boost to economic development.

In 1969 TK Whitaker spoke to Paddy Gallagher about national economic planning and how the programmes have evolved over the years.

In an interview for the programme 'Work' broadcast on 10 April 1969, Whitaker talks about the value of economic planning in terms of morale building both at a national level and for the man on the street. Psychological stimulus was a key component in getting Ireland out of a "rut", according to Whitaker.

Whitaker describes the evolution of planning programmes in terms of degrees of rigidity. Economic plans introduced by Whitaker are largely viewed as being responsible for promoting free trade and foreign investment in Ireland throughout the 1960s.

This episode of 'Work' was broadcast on 10 April 1969. 'Work' was a fortnightly report on Ireland at work. The programme was introduced by Brian Cleeve and Patrick (Paddy) Gallagher. 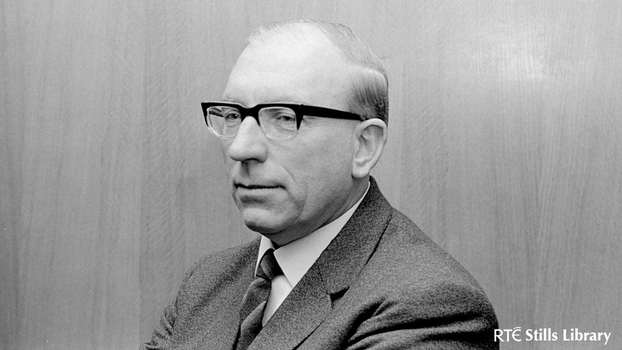