This was the second year running that Treacy had won the title, having taken gold in Glasgow in 1978. Despite the poor weather, thousands came out to support Treacy in his attempt to retain the title for Ireland for a second successive year. Running conditions were difficult as the ground was wet and muddy but Treacy's determination took him across the line ahead of the pack.

Ireland also came second in the team event in 1979.

Commentary of the event is provided by Brendan O'Reilly. 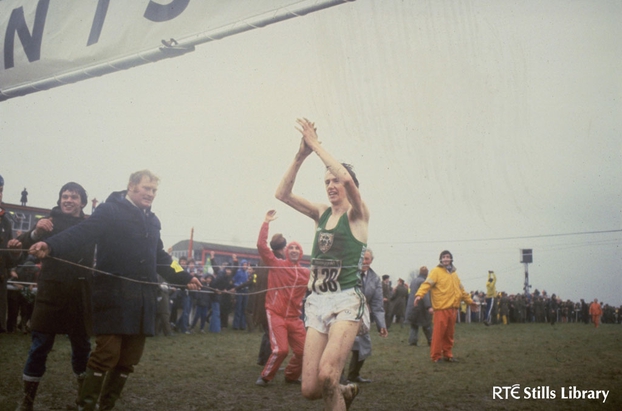