Father Peter Lemass talks to Christy Brown at his home in Dublin where he divides his time between his paintbox and his typewriter, between his two careers of artist and author.

For him, his paintbrush is a means of escape, a means of self expression, an outlet through which flows all his love of life and movement and activity.

His paintings are described as the work of man who takes nothing for granted. Everything he has, he has had to fight for.

Alongside painting, Christy also has his writing. In 1954, he published his autobiography 'My Left Foot' which has now been translated into five languages.

Between 1961 and 1996 Radharc produced over 400 films in Ireland and seventy five countries worldwide. The films dealt with issues of human rights, injustice, faith religion, persecution, struggles against oppressive regimes, famine and Christian heritage. 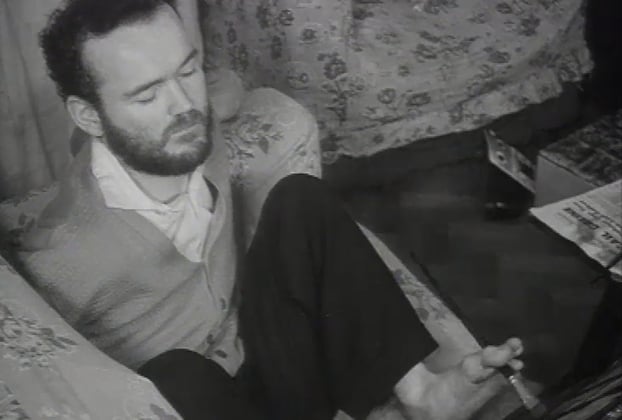