Radharc make documentary films, but they also train priests and nuns in mass media and communications.

In the introduction to the programme, Father Peter Lemass says that the objective of the centre is to spread the Gospel

Through using the modern mass media of radio and television, film, and newspapers and magazines.

The film, which takes a behind the scenes look at all aspects of media, shows nuns, priests and missionaries at work and in training at the centre.

Taken from the first in a two-part programme on communications in the Church, this episode of Radharc was broadcast on 1 May 1970. The narrator is John Wall. 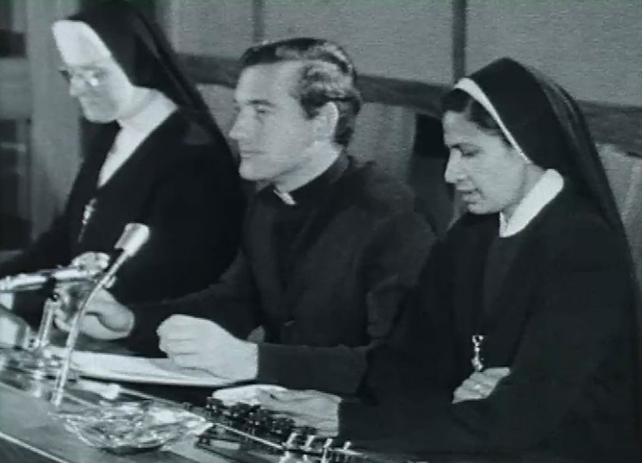 Nuns and Priests in Training at the Radharc Communications Centre