The line-up for 10 July includes British roots reggae band Steel Pulse. The band hails from the Handsworth area of Birmingham. They give a performance of ‘Handsworth Revolution’ the opening track of their 1978 studio album of the same name. 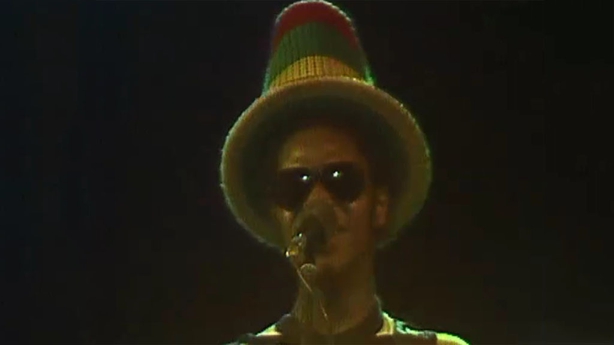 Rioting took place in Handsworth on 10/11 July 1981 and disturbances continued throughout the following two nights.

Steel Pulse are one of the highlights at Lisdoonvarna and they manage to keep the audience happy despite a torrential downpour. During the performance a member of Steel Pulse is cheered when he produces placards stating ‘Nyabinghi Down To Black + White Oppressor’ and ‘Justice Peace Equality’. 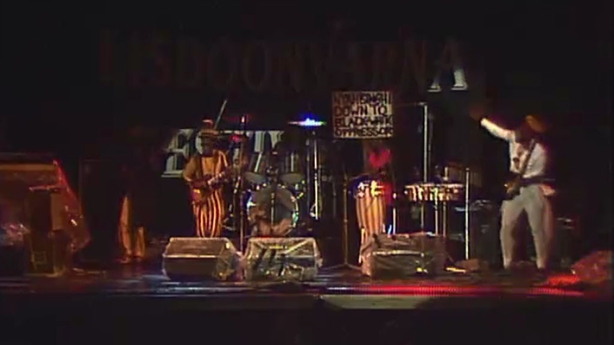 The ‘Roadshow’ music series features performances recorded during summer festivals and shows around Ireland in 1981. The series began on 5 October 1981.

This episode of ‘Roadshow’ was broadcast on 19 October 1981. The director is Avril MacRory. The producer is Brian MacLochlainn.