The airport will be serviced by the Skyvan of Emerald Airways flying to Belfast and Glasgow. 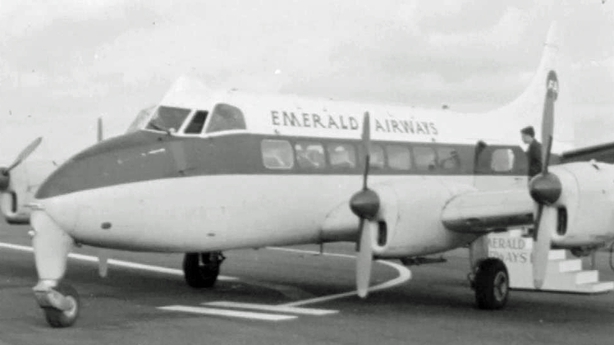 The original airbase had its origins in World War II.

An RTÉ News report broadcast on 17 September 1966. This footage is mute.